Posted on April 14, 2017 by distinctlydorton 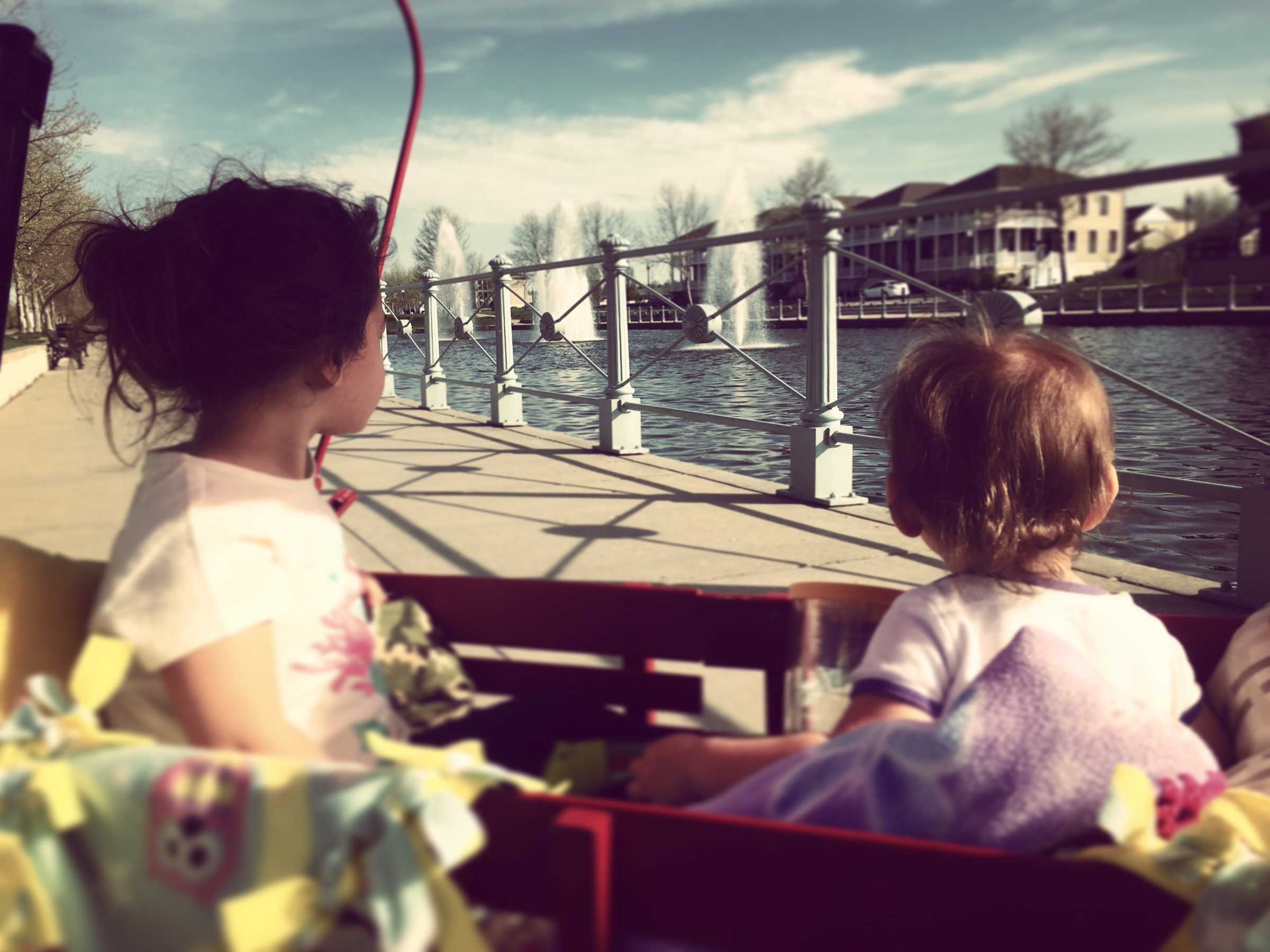 It was hard to write a follow-up to my first post, mostly cause it was hard to shift to a new topic but also cause I got such a great response and now I was feeling some pressure.  I have written this one three times already.

Today is day four of being an at-home dad. How’s it going? I will spare you all the stories of how its hard work and should be considered a “real job”…it is and probably should be, but we all know that. The gravity of the change though has finally struck me; I QUIT MY JOB!!! After seeing my last paycheck deposited in my bank account on Friday, its hard for me not to think about the decision our family has made.

Seven thoughts about my first week as an at-home dad:

1) The new normal is strange. Waking up in the morning without really having to worry about the alarm going off. That stress of taking a quick shower, grabbing your clothes for the gym, dressing two kids and shoving food in them and then cramming them into a car to dash to daycare. You get to work late and get through the day but you been up most of the night, either due to the kids or to stress, and then you dash back to daycare, cook dinner, baths for the kids and back to bed. We repeated that cycle every day over and over, and now it is suddenly was gone. This week, the only feeling I had was “oh crap,” do I have enough time to shower without having to talk to a pooping toddler before Shannon goes into her home-office to work…that’s the moment I realized that things were dramatically different.

2) They said it was going to be a challenge and they were right. I didn’t use the word “hard” because I like the word challenge better. Being with a one-year-old and a three-year-old child basically around the clock is not for the faint at heart, no matter how much you love them. Four days in and I can clearly see how this can be very isolating for many people, it’s like you are on an island. An island with only two other survivors. One is always pooping, and they other is always asking questions about pooping. Bottomline: it is challenging, but I have confirmed what I always knew, I REALLY enjoy my kids.

3) Before Monday I HATED playgrounds. As Robin Williams’ character in the movie Hook, I have been quick to forget the magic of childhood. I have realized children live their lives on the playground. It’s where they fly to the moon in a rocket, slay the evil dragons or captain a pirate ship. If you are not participating, you’re missing the magic, and the bonus is they will take long naps when you get back home.

4) Money matters – but what are you using it for? As a kid who grew up just outside the city limits of Ferguson, MO, where I thought all the rich kids lived, no financial plan will ever make me feel 100% comfortable. I spent my entire adult life trying to live as high on the hog as I could get and just to stop and start trimming the fat, is like quitting a drug. I immediately jump to how I want a new car (I DON’T NEED A NEW CAR) and then rationalize through how the want for that new car is out of fear. Keeping up with the Jones’ is so real – FIGHT IT, PEOPLE! Just ’cause you neighbors get new counter tops doesn’t mean you need them also!!! I have everything I need, and the things we need the most right now are free. (Seriously though did you see those counter tops!)

5) You will never work in this town again. It is no secret to those that know me well, that I am often a ball of anxiety. It is in many ways my biggest gift: it fuels my curiosity and my creativity, but it can also be very limiting. I have always tried to stick to a traditional career path. I worked for a huge company for close to a decade because it felt like it was safe and secure. My most recent employer was much smaller, and it opened my eyes to different ways to get to success. I have learned about entrepreneurs, and others who have been wildly successful and what I have noticed is that most of the successful people out there didn’t do it the way everyone else did. They wondered, stumbled, failed, and then the shifted to success. Many probably think I am killing my career, hell I have considered it, but I see it as a potential catalyst for something great. I see nothing but opportunity. I feel a bit of freedom to take on some smaller projects in my spare time that I might not have ever considered.

6) Who is wearing the pants? Well not me, I am at home, I don’t have to wear them. I am not going to worry about the stigmas that come along with being an At-home dad. There are tons of them out there, the one for a while that had prevented me from taking this plunge sooner was that men leave the workforce because they can’t cut it. I been successful in my career and excited to take on the challenge when I return to work. I am a hustler; I will make it happen. The other stigma is the one that attacks my manhood, PLEASE, they have been attacking my manhood since middle-school. Clearly, I am doing something right.

7) Was this the right decision for the girls. It all comes down to this for me, yesterday my three-year-old, Fancy, got to help the Postal Worker lock the mailbox doors in our neighborhood mailroom – it made me instantly feel like we were walking through Mister Rogers’ neighborhood and that Shannon and I had made the right move. She was learning from being out in the world, and it was awesome. With only a few days into this new “job,” while still trying to get my feet under me, It was a lesson I needed to happen. While this is still very new, this is exactly what Shannon and I have wanted for our children. It made me feel confident in our decision. Big moves are better than not moving at all.

I love my girls, all three of them. It has only a week, and we haven’t even got to the really fun stuff that we have planned.  I know being an At-home dad was 100% the right choice, and I have spent every moment trying to imprint even the smallest details in my mind. In a flash, it will have passed, in a few short years, those playgrounds will no longer be rocketships to far off planets. The magic fades, and I will have to give them to the world.

If you haven’t already, check out my About page for the background on why I decided to become an at-home dad.

← Two tickets to paradise
​On the road again. →